I've always loved LEGO. I think it because it is mutability without risk. Creativity with undo. You can try things out and if it doesn't work out, you can always start over. I think my love for LEGO and computer programming are very intertwined as to me software is like having an nearly limitless number of bricks I can combine to build something abstractly without three-dimensional limits. In these respects software is even better than LEGO but LEGO came first and will always have a special place in my heart. 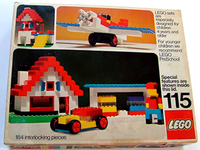 I got my first lego set, the #115 LEGO Building Set, when I was three, as described over on my personal history page. It was always a fun activity to do with my father. I think he was into it as much as I was when it came to what is now referred to as Technic lego. He got me the #952 Farm Tractor Expert Builder set for 9-14 year olds for Christmas in 1981 when I was 8. I remember spending Christmas 1983 learning about putting together #8860 Car Chassis which provided the raw materials for many other creations.

Many of these later creations would be for science fair and Science Olympiad projects using the LEGO, often in conjunction with his own childhood Erector sets. In Maryland, we built an autopilot mechanism that tried to keep a metal ball balanced on a tilting track. In middle school, we build a computer controlled elevator. By printing characters to the parallel port of our Seequa Chameleon connected to a wirewrapped digital logic board we could command our lego elevator to move to any floor, where it would stop on the righr floor based on feedback from a photoresistor. In high school we built a car for a Science Olympiad competition powered by the energy of a falling brick. Later in January 1994 I would go on to compete, without my father but instead with my friend Marisa Culmone, in the MIT 6.270 Robo-raiders LEGO Robot competition.

Occasionally I've made attempts to inventory my LEGO, first with some simple text file inventories, but when my mom shipped by childhood sets in late 2007, I decided to get more serious and write a computer program to track and visual the sets, connecting with various web data sources for information and instructions. It was from this I learned that I actually have more than 100,000 pieces of LEGO in my house:

While there was consistent growth through my elementary school years, things tapered off during middle school (1985-1987), and then was flat during high school (1987-1991) when my non-Technic sets were in storage after moving houses. During college (1991-1995) my only new LEGO was from the 6.270 competition, the 9-volt train sets shown in the graph were released during this time but not purchased by me until much later. In the years immediately after college (1995-1999) my childhood sets were still in my parents house and I started over with some new sets received as gifts from my MIT friends. 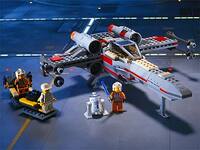 Then in 1999 something big changed: the LEGO Star Wars sets were released. I was a Star Wars fan as a kid, having seen the original movie at a drive-in theater in Arkansas when just was barely five. I saw Empire was the first movie I saw in the theater twice when I was seven. I had a few action figures and one ship, the Millenium Falcon, but that wasn't enough for staging space battles. I used to try and create various sci-fi space ships with my LEGO as a kid, but now they were going to make official sets! So I bought them and not having a lot of room at home I used them to decorate my Ariba office on Charleston Road. However with the number of LEGO Star Wars sets growing beyond the capacity of my office, I was fortunate to have a new house with room for my sets in early 2000.

The last few years the number of LEGO pieces has been accelerating again. One reason is a series of sets breaking the record for the number of pieces starting with the #10030 Imperial Star Destroyer, the slightly disappointing #10143 Death Star II, and finally my favorite the #10179 Millennium Falcon. However the main reason is because my kids have successivley entered their DUPLO and LEGO years, now joined with my own childhood sets. In some respects, the LEGO world is very different, with heavily themed sets including Dora, Thomas & Friends, Bob the Builder, Star Wars, Indiana Jones, SpongeBob, but I always try to get some generic construction sets to have raw material for their own creations. 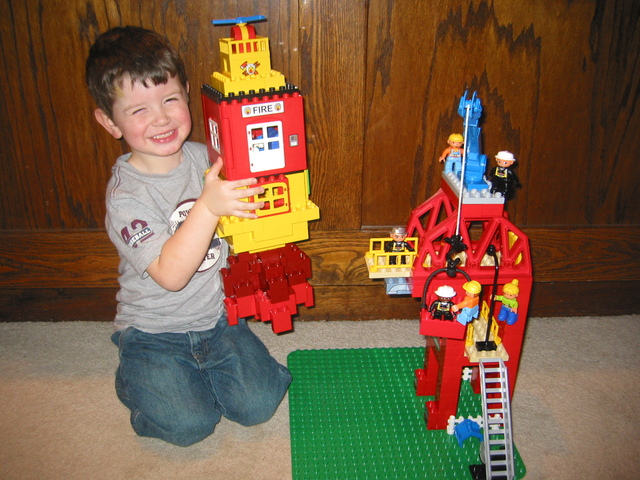